The Complete Guide to Asperger’s Syndrome 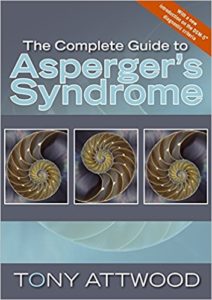 This is the Bible, folks. Tony Attwood explores Asperger’s syndrome in depth, and his empathy for people on this part of the spectrum is almost palpable. (Asperger’s has been “delisted” as a stand-alone diagnosis and merged under Autism Spectrum Disorder, but let’s not quibble about semantics.) His marvellous book is for the personal benefit of people with Asperger’s syndrome. For them he writes:

“My intention is that reading the guide will enable someone with Asperger’s syndrome to understand why he or she is different to other people, and not to feel dejected or rejected.”

But the book is as much help to neurotypicals like me as it is to Aspergians like my brother Ray:

“It is also important for others to remember that there is always a logical explanation for the apparently eccentric behaviour of people with Asperger’s syndrome.”

You proto-Aspies will find yourselves in there, too.

“Some of the parents, especially the fathers of such children, appear to share some of the personality characteristics of their child.”

People with Asperger’s “use their intellect rather than intuition to succeed in some social situations.”  This leads to “an almost constant state of alertness and anxiety, leading to a risk of mental and physical exhaustion.”

My personal copy of The Complete Guide is festooned with highlighter, sticky notes, exclamation marks and asterisks. I could quote the whole book. A comprehensive definition of the syndrome, an exploration of the special challenges faced by people with Asperger’s, advice about how to survive school, careers and relationships—it’s all here. If you have Asperger’s or somebody you love does, this is the book.

My heart aches that it didn’t exist until 2007. Lord knows we could have used it forty years ago… 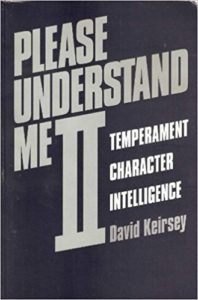 This is not a book about autism, but it is a splendid book about neurodiversity. It opened my eyes to the range of temperaments out there and taught me that different people shine at different things (and, just as importantly, don’t shine at everything).

“If you do not want what I want, please try not to tell me that my want is wrong.

Or if my beliefs are different from yours, at least pause before you set out to correct them.

Or if my emotion seems less or more intense than yours, try not to ask me to feel other than I do.

If that’s not a rallying cry for the tolerance—no, the embracing—of different styles of thinking and feeling, I don’t know what is. “People are different from each other,” says Keirsey, “and no amount of getting after them is going to change them.”

I have stopped “getting after” Ray (okay, most of the time) and trying to make him more like me. Instead, I have come to appreciate him for his own strengths and ingenuity. My nature is to cure, alter or improve (and I doubt this leopard will ever change her spots completely), but I’m trying to do more seeing, understanding and appreciating, not just with Ray, but with every person in my life. Keirsey is part of that paradigm shift.

Glenn Gould: The Ecstasy and Tragedy of Genius 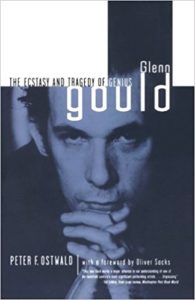 This book is a profile of someone who is now thought to have lived and died with undiagnosed Asperger’s syndrome.

As a concert violinist and personal friend of Glenn Gould’s—and as a practising psychiatrist—Peter Ostwald offers unique insights into the life of this famously eccentric pianist. As I paged through the book, I was struck by how much Gould reminded me of Ray. My brother is no musical prodigy, mind you, but something about Gould haunted me, and his miserable, misunderstood last years frightened me for Ray.

Ostwald cautiously suggested that “Asperger Disease” is a possible posthumous diagnosis that would explain Gould’s difficulties with his own celebrity. (Asperger’s is not a disease, of course, but that’s what it was called in its early days.)

Ray has always identified deeply with Gould, calling him a brother and fellow traveller. “I don’t know if there’s any such thing as Asperger’s,” he said when I voiced my suspicions that he and Gould shared the same diagnosis, “but whatever Gould had, I have. No doubt about it. We’re two dimes in a barrelful of nickels.”

Ostwald’s book, therefore, became the starting place in my search to learn more about this “Asperger Disease.”

Some have accused Ostwald of bitterness because he was ultimately dumped by Gould, along with many other doctors and shrinks who failed to bring relief to this tortured soul. But impelled by the pianist’s troubled life and tragic death at the age of fifty, Ostwald founded the Health Program for Performing Artists at the University of California, devoted to researching and treating the particular mental and medical problems afflicting performing artists. Is that the act of a bitter man? Or is it the act of one who recognized too late that no tools existed during Gould’s lifetime that might have saved him? “Gould will always remain an important symbol,” writes Ostwald, “for the treacherous health problems that can beset persons of specialness and charisma, and the challenges of treating them.”

The world shone a spotlight on Glenn Gould, and we watched, fascinated, as he burned out before our eyes. By the time he renounced public performance and shut himself away in a studio, it was too late, though he continued to play and to record almost up to the day of his death.

No one knew he was autistic, not even him. If there had been a diagnosis, and if that diagnosis had come with some understanding of his troubles and concessions that might have made the social world a little easier for him, he might still be alive today.

There are many biographies of Gould. I found this one nuanced and insightful, not just another homage to the man’s genius that highlights his peculiarities while ignoring how difficult he was and how difficult he found life on this planet.

But it’s a tragedy, make no mistake. 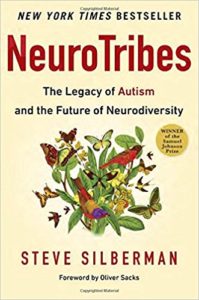 Steve Silberman has changed the conversation about autism. His book is encyclopedic in length and breadth, but it won’t make you feel stupid. If you want to learn about the modern history of autism—and end up as traumatized as I am by what you read—dig in to NeuroTribes.

I love almost everything Silberman has ever written on the subject, though I (humbly, respectfully) question some of his conclusions. He says there’s no “epidemic” of autism–just sweeping changes to the diagnostic criteria that have caused the number of diagnoses to snowball. In fact, he says, it was a typo in the DSM-IV that led to the mysterious “autism epidemic” of the 1990s that included every eccentric child and his dog. I want that to be true, but I just don’t know…

In NeuroTribes, Silberman argues that autism is not so much a disability to be “cured” as a a hard-wired cognitive difference that is to be accepted and nurtured. Having said that, he doesn’t gloss over the difficulties faced by those on the spectrum, even today.

“Instead of viewing this gift as an error of nature . . .” he writes, “society should regard it as a valuable part of humanity’s genetic legacy while ameliorating the aspects of autism that can be profoundly disabling without adequate forms of support.”

He further states, “Just because a computer is not running Windows doesn’t mean that it’s broken.” 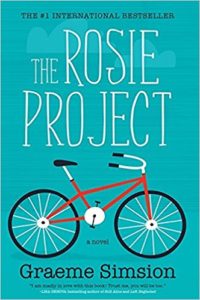 This is the only fiction title on my list – and it’s a romantic comedy, of all things! A socially inept genetics professor named Don Tillman sets out to find the perfect life partner. He approaches the task the way he might if he were looking for a specific strand of DNA: with dedication, logic—and a 32-page questionnaire detailing the ideal candidate’s necessary attributes.

Simsion never pins a label on his uber-geek protagonist, but he wrote him in such a way that he would be diagnosed with Asperger’s syndrome within 30 seconds of walking into a psychiatrist’s office. Simsion thought very carefully about how to approach this. In the end, he felt, by avoiding the label, the author frees us to concentrate on Tillman’s story, rather than simply ticking off boxes on the Asperger’s checklist. Don is wired differently, yes, but when we laugh at him—and we do—we’re not making fun of the “less fortunate,” we are laughing at the foibles of this particular character, just the way we sometimes laugh at our own.

I like this book because Don Tillman is not one of those irritating caricatures of “Aspies” I see portrayed on TV. He may be socially awkward, but he’s diligent, intelligent and earnest, and strangely endearing.

And he can COOK. Take that, Ray!